This page contains our 2020 election projections.

Editor's note on past calls: In 2016, we successfully predicted that Hillary Clinton would lose and that the Republicans would win the House and the Senate. In 2018, we almost perfectly predicted the final Senate results: Our final projection was 54 seats for the Republicans when the actual number was 53. Moreover, our 10/24 projection perfectly mirrored the final results, with every non-tossup race called correctly (that is Nate Silver-level accuracy)!

We currently project that the Democratic nominee will be former Vice President Joe Biden. That being said, the four top contenders (Biden, Warren, Buttigieg, and Sanders) are essentially in a four-way race and it is very possible that the convention will be contested. 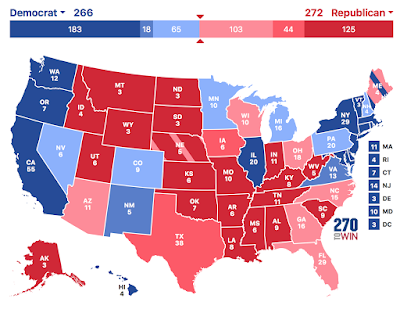 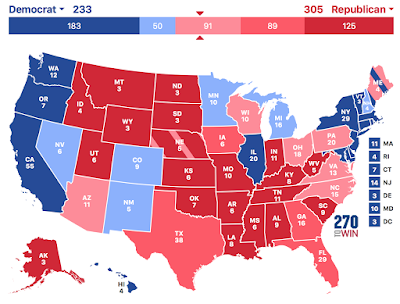 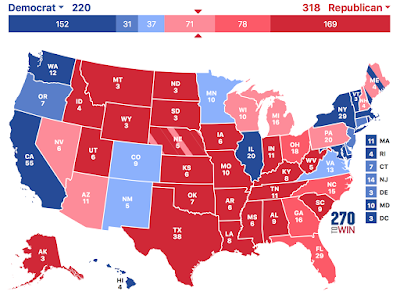 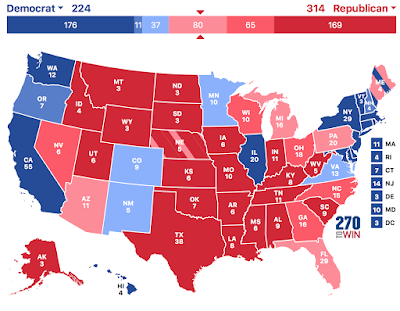 As you can see, Trump v. Biden would be the toughest race for the president. If we were doing tossups, Florida would be the one and that would immediately tip Trump into losing territory. However, Trump holds an ever-so-slight advantage because of his 2016 win there and the come-from-behind 2018 victories of Sen. Rick Scott and Gov. Ron DeSantis.

Trump v. Warren would produce the best general-election results for the Republicans since 1992. She is an unpopular, unlikable, and disingenuous candidate with all of Bernie's ideological baggage. Whereas Bernie is charismatic enough to pull off a win in Michigan, she would lose that state and permit bigger margins for Trump in other states -- namely, Georgia, Florida, and North Carolina.

Trump v. Buttigieg required some guesswork as he is an unknown quantity, but polling shows Buttigieg would probably win New Hampshire and lose Nevada and Wisconsin by a five-point margin.