January 02, 2018
President Donald Trump, oftentimes a foe of bias within the mainstream media, composed a pair of tweets that called on the "failing" New York Times to "fulfill the vision of its Founder" and "give the news impartially." 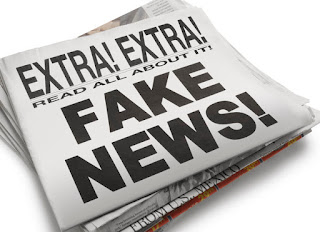 In the past, the New York Times received scrutiny for publishing pieces perceived as being favorable towards communism. Additionally, their editorial page has been dominated by anti-Trump, pro-Mueller coverage.


The Failing New York Times has a new publisher, A.G. Sulzberger. Congratulations! Here is a last chance for the Times to fulfill the vision of its Founder, Adolph Ochs, “to give the news impartially, without fear or FAVOR, regardless of party, sect, or interests involved.” Get...
— Donald J. Trump (@realDonaldTrump) January 2, 2018

....impartial journalists of a much higher standard, lose all of your phony and non-existent “sources,” and treat the President of the United States FAIRLY, so that the next time I (and the people) win, you won’t have to write an apology to your readers for a job poorly done! GL
— Donald J. Trump (@realDonaldTrump) January 2, 2018