Rep. Gowdy Not Running for Re-Election 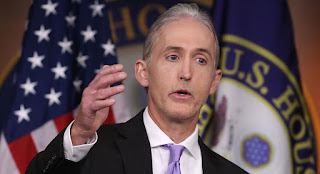 The 53-year-old Gowdy represents the heavily Republican 4th congressional district of South Carolina, and he will be the ninth GOP congressional committee chairman to hold off on reelection this season.

In a press release, Gowdy stated that he is retiring not to pursue higher elected office, but instead to reenter the judicial system. He explicitly said, "I will not be filing for re-election to Congress nor seeking any other political or elected office; instead I will be returning to the justice system." 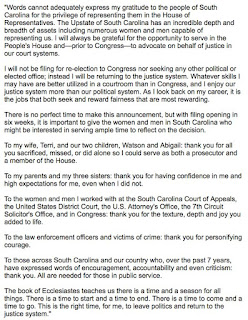