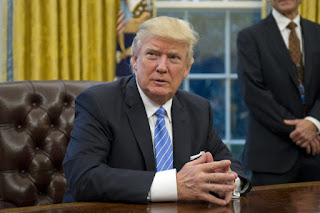 In the executive order, Trump decreed that the U.S. government will still "maintain custody of alien families during the pendency of any criminal improper entry or immigration proceedings involving their members," indicating that instead of jailing parents and releasing the children into alternative care, families will be kept together and detained in new or repurposed facilities.

Section 3-C of the executive order, which regarded the new facilities, read,

The Secretary of Defense shall take all legally available measures to provide to the Secretary, upon request, any existing facilities available for the housing and care of alien families, and shall construct such facilities if necessary and consistent with law.  The Secretary, to the extent permitted by law, shall be responsible for reimbursement for the use of these facilities.


Trump's measure is in apparent conflict with the settlement in the Flores v. Reno case, which declared that illegal minors cannot be detained by the government. An article published by The New York Times stated that "it is unclear how Mr. Trump intends to claim the legal authority to violate what have been legal constraints on the proper treatment of children in government custody."

While there are basic, safety-related exceptions prescribed in the executive order, it effectively ends the family separation policy of the Trump administration. This is a relief for many congressional and senatorial Republicans, who worried that Trump's hardline stance would imperil their re-election chances.